Shortly after this article was published in ACS Information Age, South Australia was named as the headquarters of the Australian Space Agency.

Written in October, 2018, this article outlines much about Australia’s space future – a future TasICT is determine to see Tasmanian based companies participate in.

The strategy is set, now our space agency just needs a home.

The government’s giant leap marked yet another chapter in the curious case of Australia’s space industry.

But more than five months after the pioneering agency was featured in Scott Morrison’s budget, a plethora of questions remain unanswered.

Where will the agency be officially headquartered?

How many jobs will it deliver to our economy?

Can Australia ever become a genuine player in the global space industry?

And finally, with space industry origins dating back to the 1940s, how is it that Australia was the second last of the 34 OECD (Iceland remains) countries not to have an established space agency? 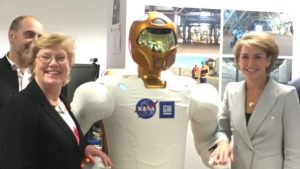