Congratulations to TasICT member Savage Interactive for receiving the top award for the iPhone app of the year. Here’s the story from Fairfax media.

Apple has unveiled its ‘Best of 2018’ selections, highlighting the year’s greatest games and apps across 155 countries as determined by its editorial staff, and Australian-developed software makes up a disproportionate three of the eight picks.

Mac game of the year went to The Gardens Between, made in Melbourne by the Voxel Agents, a game which Apple called out for being “the rare puzzle game that finds a way to be deeply moving”. Meanwhile SWEAT — a subscription fitness service for women, based in Adelaide — took out the Apple TV app of the year.

But it was Tasmania’s Savage Interactive which recieved the top gong of iPhone app of the year, for Procreate Pocket. A scaled down version of its celebrated Procreate illustration software for iPad, Pocket is a $7.99 app that puts professional-grade art tools and all the complexity of the full app on a phone. 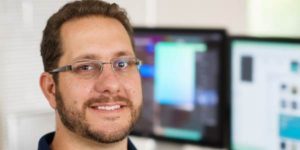